Decline and fall of a '28 Packard - Calvarul unui Packard '28

The below images show a 1928 Packard converted, presumably by hand, into a pick-up. Such conversions were relatively common in America in the 1940s and 50s and, although most have been modified back, at least one survives. (Note the non-original headlamps.)

The pictures are stills from the 1967 film "Balul de simbata seara" ("Saturday night ball"), where the protagonist, a lorry driver by profession, drives round in this to the amusement of his colleagues, all of whom are in nice new Bucegi and Carpati. Yet he still manages to get the women... Note the very rare OL licence plate, made only between 1966 and 1968, when the Oltenia region sub-divided into Gorj, Dolj and Olt counties. 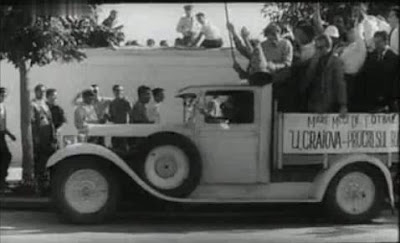 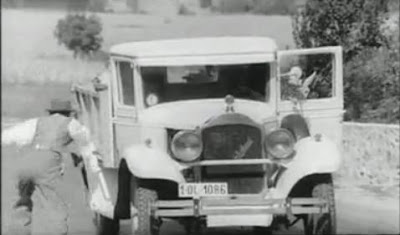 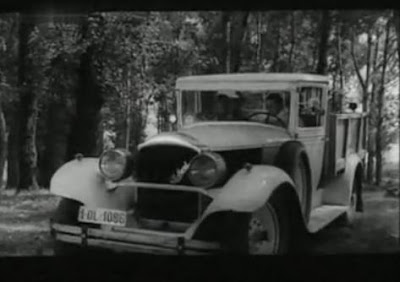 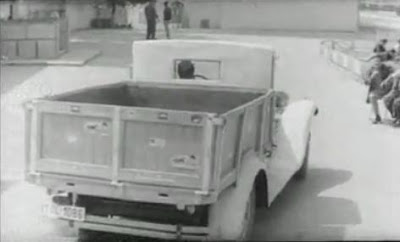 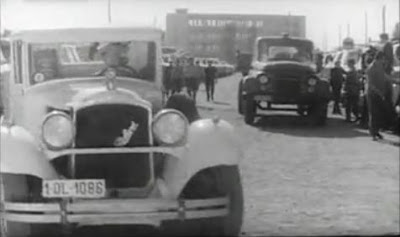 Sadly the truck has an unhappy history. On the excellent site plaque.free.fr, a photo exists of it painted black, delivering furniture in Bucharest, some time between the 1967 filming and 1975: 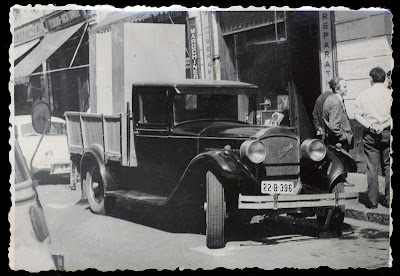 By 1975, however, it was in a much worse state, with windows and lights smashed, left to rot in the elements. In a derelict condition, it appears in the 1975 film "Accident", by Sergiu Nicolaescu. After that, nothing. We can only assume it got melted down a few years later... 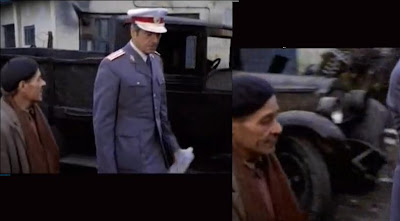 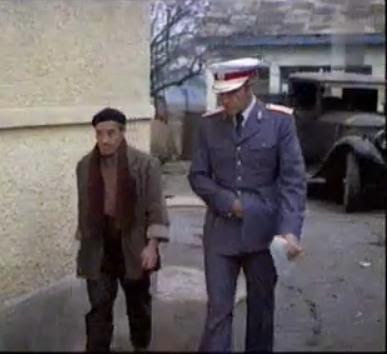